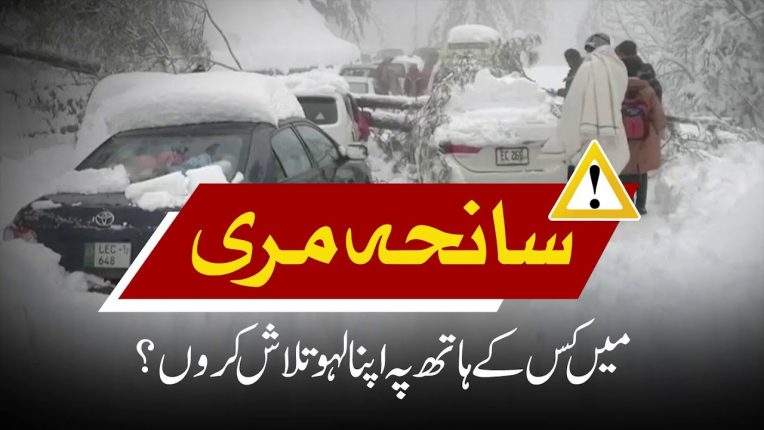 The unfortunate event of the deaths of 22 people from being stuck in the Murree snowstorm 2022 has deeply grieved the nation. Questions have arisen over the capability of the government and organizations. On Friday night, tourists were stuck in their cars during the snowstorm in Murree. Due to inadequate facilities and no planning ahead of the snowstorm, people had to take shelter in their cars stranded on the expressway. People died from asphyxiation after inhaling fumes in their cars. Government officials and departments responsible for the security of the tourists amidst a natural disaster were nowhere to be found when people on the Murree expressway cried for help. The police and rescue operations arrived well after late morning the next day. Following the Murree incident, blames is given from one official to another, one department to another. NDMA, National Disaster Management Authority’s incompetency has come forward yet another time, but with a heavy loss of 22 lives who were looking forward to spending a good vacation but instead were caught in the Murree snowstorm that took their lives. What measures should the departments and government have taken to avert this tragedy? Watch the video to find out.

Pakistan under threats | Reason why Pakistan is always Under Pressure