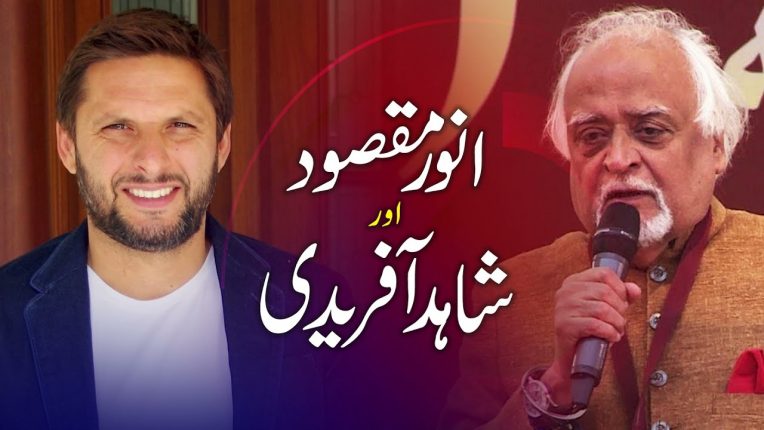 Prediction of Anwar Maqsood about Shahid Afridi | Why do people ❤️ Afridi long after his retirement?

Anwar Maqsood is not only a versatile and able drama writer but also a very humorous and intelligent person. His jokes are always of a very high standard that ordinary people couldn’t understand easily. Very few people would remember that Shahid Afridi was invited by Anwar Maqsood in his PTV show after he made his record-breaking fastest century in one day international in 1996. In this interview, Anwar Maqsood predicted that Shahid Afridi has a very bright future ahead as a cricketer. This comes true and Shahid Afridi keeps making centuries and breaking records after records. And he became Pakistan’s no 1 cricketer. Now that he is retired, he is always in the news. Sometimes because of confusion about his right age and sometimes due to something else. Shahid Afridi is also doing great philanthropical work with his foundation and also with other NGOs. To know more, watch this video.

How is Change Possible in Pakistan? Militancy or Votes? Agahi