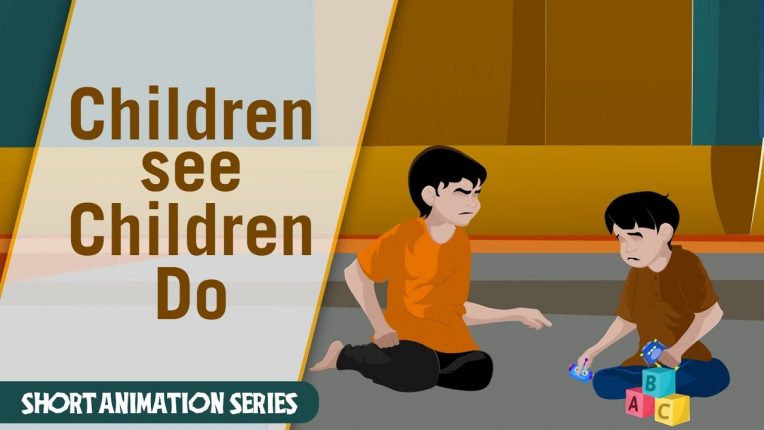 Beware of Your Acts | Children See, Children Do

There has been a long debate going on, on the topic of Nature Vs Nurture. We look at children being exact copies of their parents in what they do which makes us believe that they had those genes incorporated in them. The truth is, this behavior has been learned by them through keen observation. They mimic what they see their adults doing. Those reactions and words are saved in their memories like a computer. The same programming starts rewinding when they face a similar situation. This is why we should stay cautious in front of our kids as they would learn every word of ours. Our emotions, even our expressions are instilled in their memories forever. People tend to ignore younger kids thinking they wouldn’t understand their acts but, the truth is, they see and understand everything. When a child reaches the age of 7, his training is completed. Now he is only repeating what he has learned. Only doing good would result in getting a positive output.

Karachi About To Change? But How? Example of Turkeya | Agahi